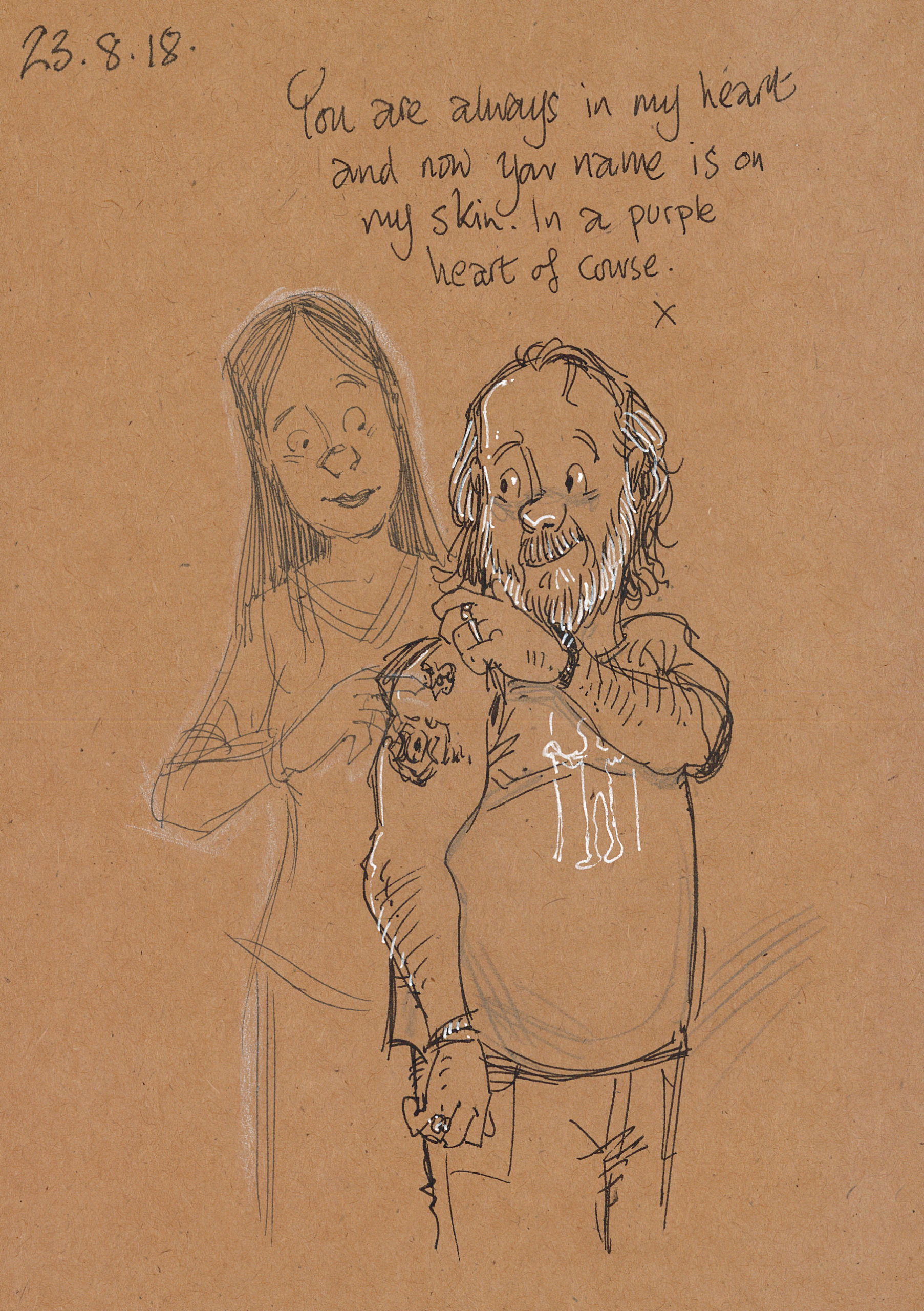 Gary Andrews is an animator and single dad whose #DoodleaDay visual diary chronicles his life, particularly how it transformed several years ago with the sudden death of his wife Joy (left). Gary discusses the rules he gives himself and how his daily ritual became a major part of the grieving process and a meaningful balm to an increasing number of followers and fans. Featuring touching chords, the marvel of having both talent and bandwidth, a beautiful film made from his drawings, the power of unpacking the day, the hardest thing one ever has to do, the mystery of laughter continuing through grief, how you can donate to the UK Sepsis Trust, Shakespeare being a constant, shout-outs to Fireman Sam and Horrid Henry, and connections to RSC founding member Adam Long! (Length 18:14)

”Lar DeSouza (known as @lartist on Twitter) is the cartoonist and caricaturist who created the poster art for our last three stage shows: The Ultimate Christmas Show (abridged), The Complete History of Comedy (abridged), and William Shakespeare’s Long Lost First Play (abridged). We talk about our shared cultural sensibilities, the Read more…

”Shannon Cochran is one of the great American actresses: she did the national tour of August: Osage County and created the role of Agnes in Bug (both by Tracy Letts); she’s played a variety of roles in (nerd alert!) six episodes (plus a movie!) of different Star Trek series, in addition to roles in Fringe and The Ring; Desiree Read more…

”The season three finale of Downton Abbey and last night’s Academy Awards prompt this conversation with NPR film critic Bob Mondello, with whom we have long wanted to discuss S&M. We discuss whether “sentimental” is an appropriate critical term, and look at tropes that affect even jaded hard-boiled critics, things that break Read more…