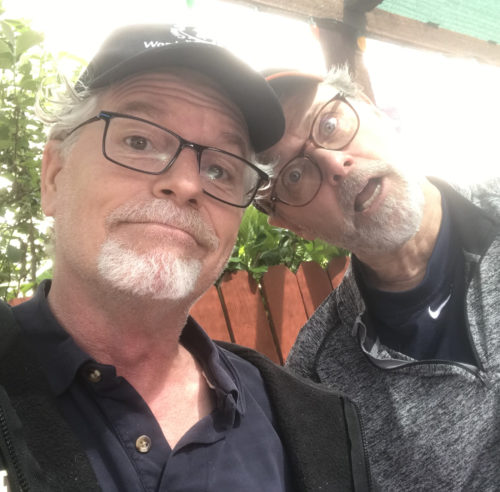 It’s our 700th episode!! And because it happily coincides with the publication of Christopher Moore‘s Shakespeare For Squirrels, the New York Times best-selling author turns the tables and interviews RSC co-artistic director Austin Tichenor in an epic un-reduced unabridged almost one-hour conversation. The two Fauxspeareans celebrate the release of Chris’s book by getting lost in the weeds of craft and discussing the importance of inoculating people against Shakespeareaphobia; the value of learning to keep 5-7 year olds entertained; the difficulties of working with living playwrights; understanding who got Shakespeare’s jokes and who didn’t; writing a Hitchcock adaptation for Disney animation; the dangers of unskilled labor; learning comic timing from stand-ups and Gilbert & Sullivan; using a five-act structure; the value of memorizing Shakespeare; the art of capturing Shakespeare’s exquisite mixture of tones; the perfectly understandable struggle to explain Shakespeare’s greatness; plausible explanations for why Shakespeare left his wife his second-best bed; snappy answers to listener questions; and being members in the small club of authors rewriting Shakespeare. (Length 58:17)