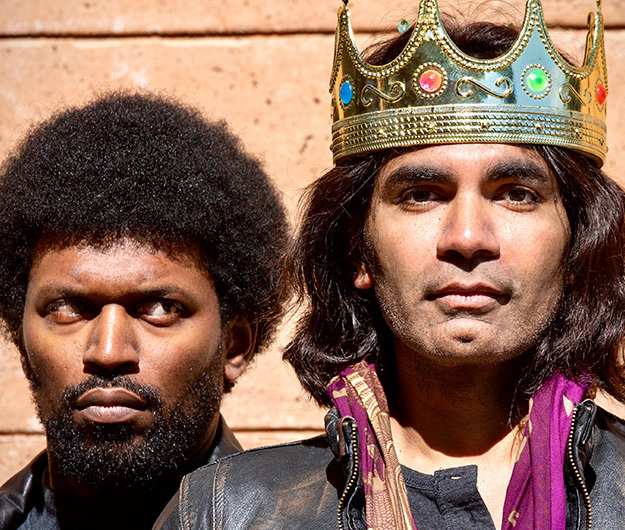 The African-American Shakespeare Company production of Richard II, in a new Play On! translation by Naomi Iizuka, runs this weekend and next April 15-24, 2022, at the Marines Memorial Theatre in San Francisco. Director L. Peter Callender and star Lijesh Krishnan discuss the creation of this production; the return to live performances with The Complete Works of William Shakespeare (abridged)  (and how it will travel to Shakespeare in Detroit in May, 2022); the open secret of how Shakespeare gets adapted and translated all the time; unnecessarily nice words about Reed Martin; the distinction between common people and the masses; the difference between the quality of the jokes and the people saying the jokes; the promise of opening night drinks; and the importance of rewarding audiences for returning to live performances. (Length 21:31)