It’s the COMEDY of the Prince of Denmark!

“Hilarious! A love letter to one of Shakespeare’s most challenging and complicated plays.” Napa Valley Register (Read the entire review below!)

“They are smart, cheeky clowns!” The New York Times

Nothing is rotten in the state of Denmark as young Hamlet leaps into action to save the nunnery with Ophelia and Yorick the jester! What could possibly go wrong?

This hysterical prequel answers all the important questions, like:

What will young Hamlet grow up To Be? That is the question!

Hamlet’s Big Adventure! (a prequel) is the Comedy of the Prince of Denmark!

“One of the funniest troupes in American theatre today!” St. Louis Post-Dispatch

CONTENT ADVISORY: In the spirit of Shakespeare’s comedies, RSC shows contain comic depictions of violence, mild innuendo, bawdy language, and the occasional rude word. All children (and parents) are different, so we’ve chosen to rate our shows PG-13: Pretty Good If You’re Thirteen. 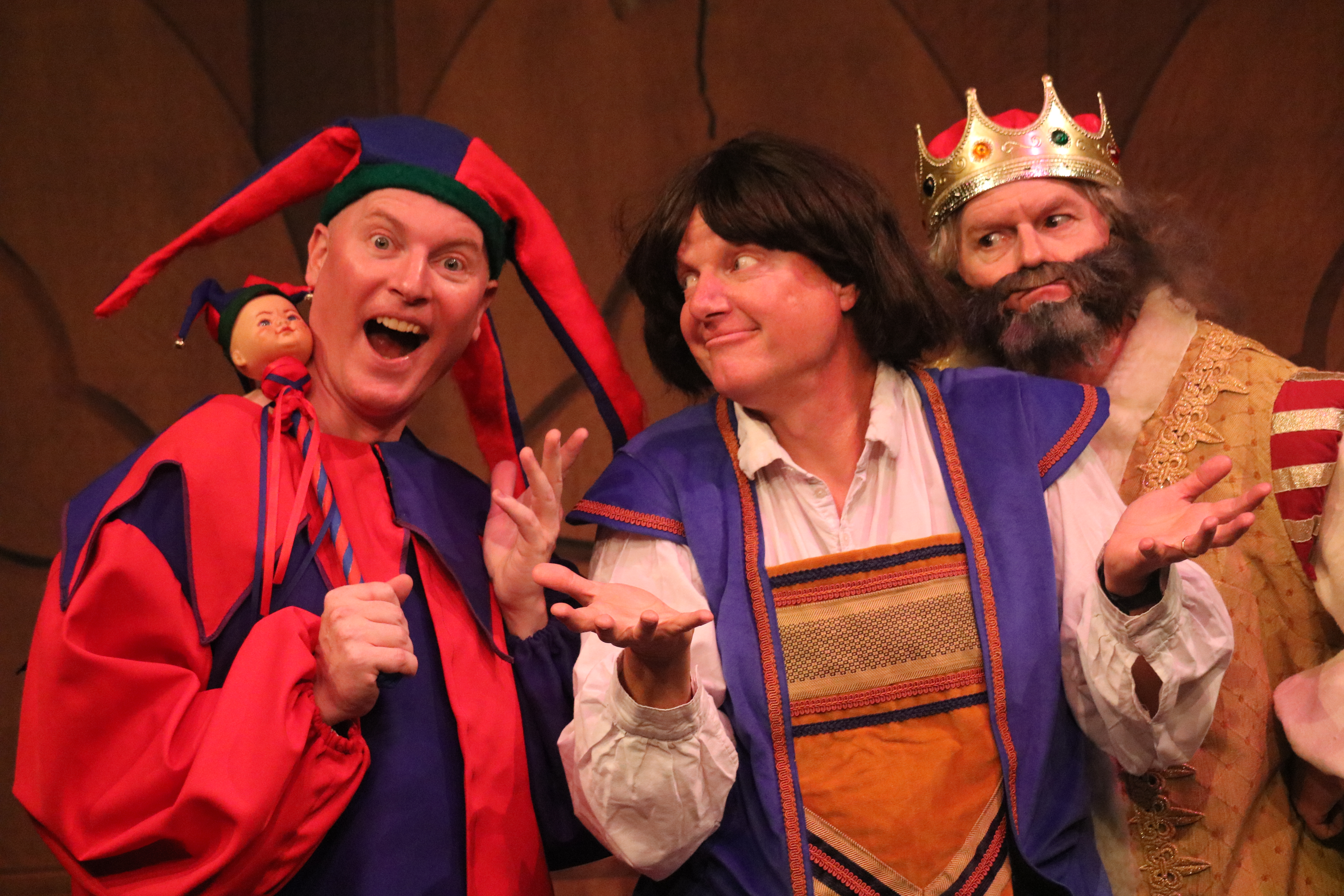 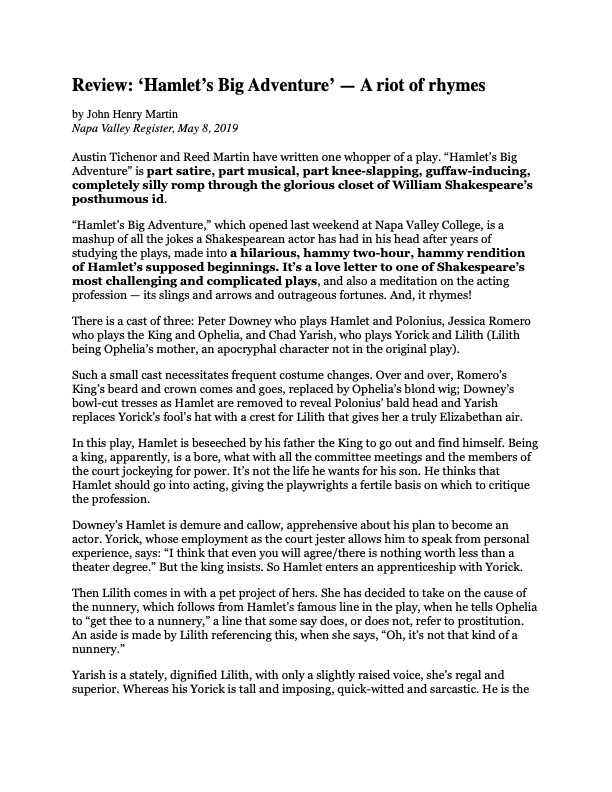 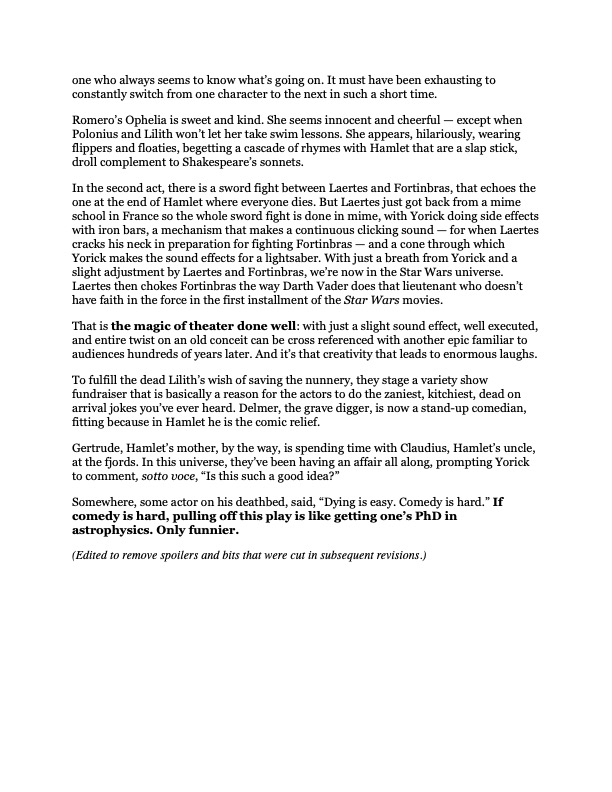