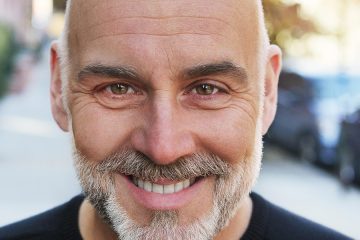 Broadway veteran David Benoit works all over the country, including the current Chicago Lyric Opera production of Fiddler on the Roof and the recent world premiere musical Bruce at Seattle Rep. David discusses the various paths he’s taken to some of his favorite roles; how he considers the audition the job; learning lessons from Susan Stroman; how to partner in the dance between actor and director; the importance of avoiding cutesy pogroms; manifesting roles as far back as third grade; and how Jaws nerdery leads to work! (Length 21:33) 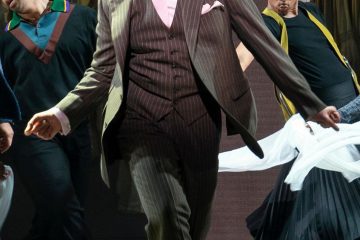 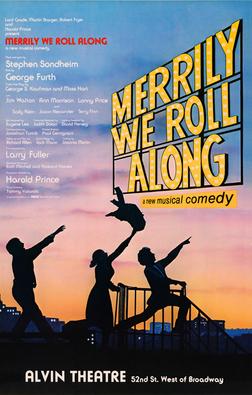 Reed Martin remembers seeing the 1985 production of Merrily We Roll Along, the troubled musical by Stephen Sondheim and George Furth that found its final form (according to Sondheim) at the La Jolla Playhouse when it was directed by James Lapine. Reed and Austin struggle to find the greatness that everyone else sees, and discuss what compels them to take icons like Sondheim and Shakespeare off their pedestals; how one story created rare flops from two hit-making teams; the multiple intersections of Austin and John Rubinstein; the trouble with problematic female leads; the relief of having built-in happy endings; how the best thing to come out of Merrily We Roll Along just might be the documentary about its making Best Worst Thing That Ever Could Have Happened; the desire to not diminish anyone’s greatness; the problem with veneration; and the importance of pointing out that sometimes the emperor isn’t as fully clothed as everybody thinks. (Length 16:33)

Matt Crowle has directed and choreographed Irving Berlin’s Holiday Inn at the the Drury Lane Theatre outside Chicago, and this week he discusses how one job led to (and informs) the other. Featuring early inspiration from Gene Kelly, Ray Bolger, Eleanor Powell, and Bob Fosse; a litany of luck; advice from Mike Nichols; a preference for “characters who dance” over a uniform chorus line; the attraction of athleticism; the importance of serving the piece and killing your darlings; and the relief of knowing the next show will come along soon. (Length 19:15) (Pictured, above: Danielle Davis and Adrian Aguilar in Holiday Inn, directed by Matt Crowle, Drury Lane Theatre. Photo by Brett Beiner.) 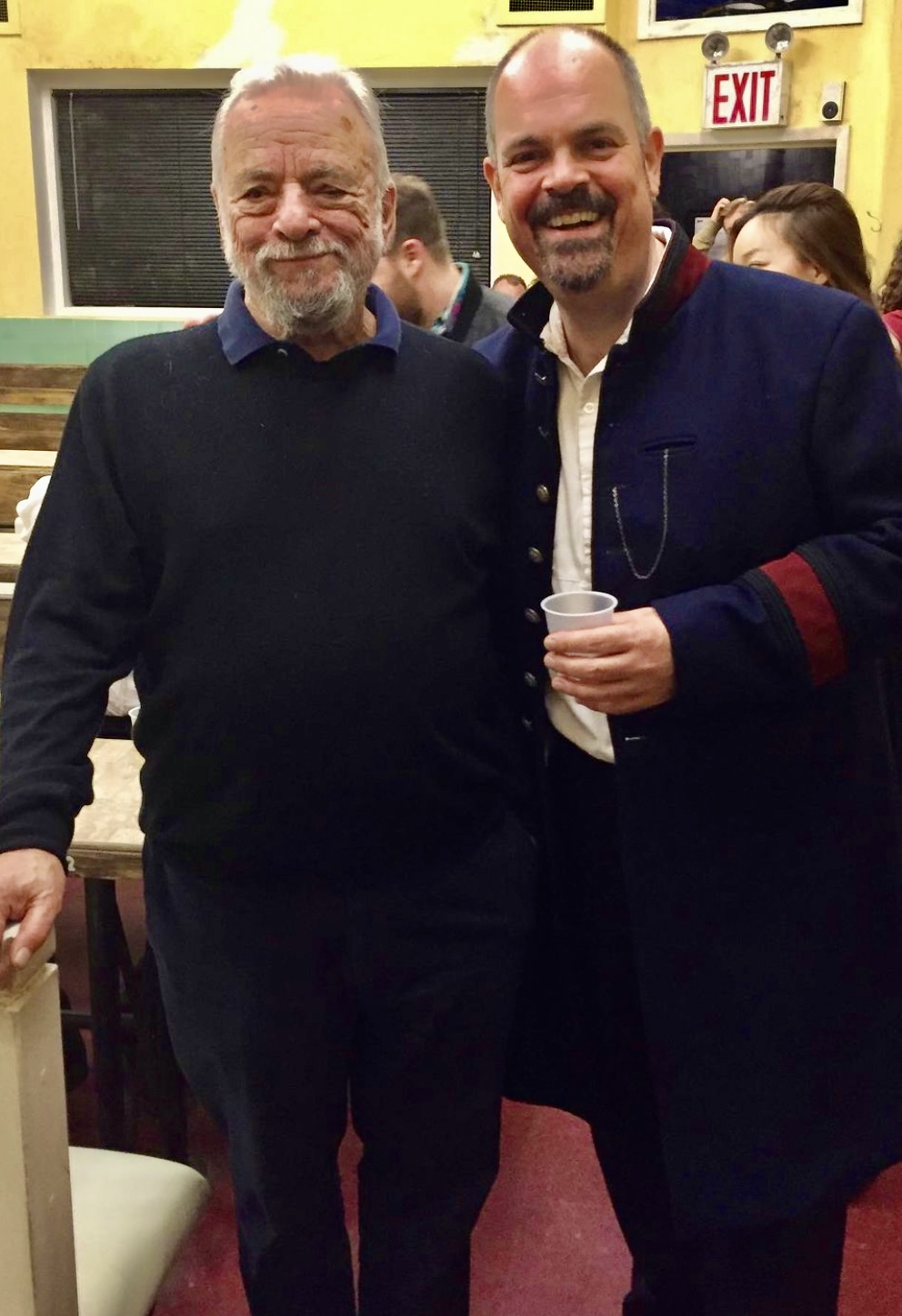 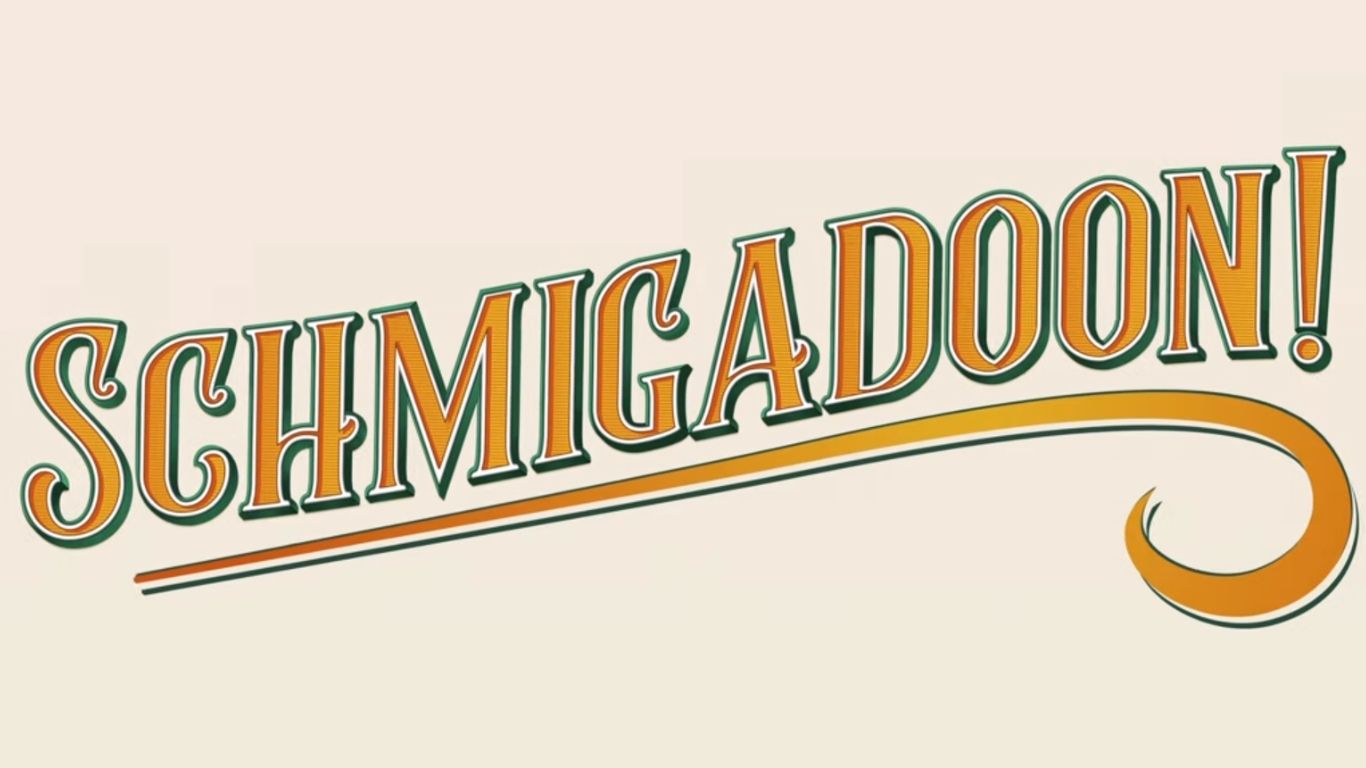 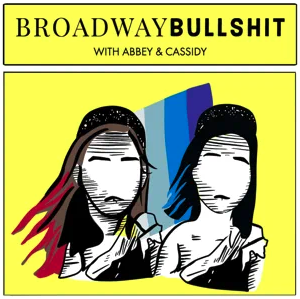 Abbey Harris is the co-creator and co-host of Broadway Bullshit, the seasonal weekly podcast that examines Broadway musicals and discusses whether they should “fly, die, or retry,” and strives to provide contextual analysis, while also reminding fans why they love Broadway. FEATURING: bleeding edge hot takes; looking at classic material in new ways; the power of being a double threat; the importance of editing; some recording tips; and addressing the danger of running out of musicals. (Length 19:18) 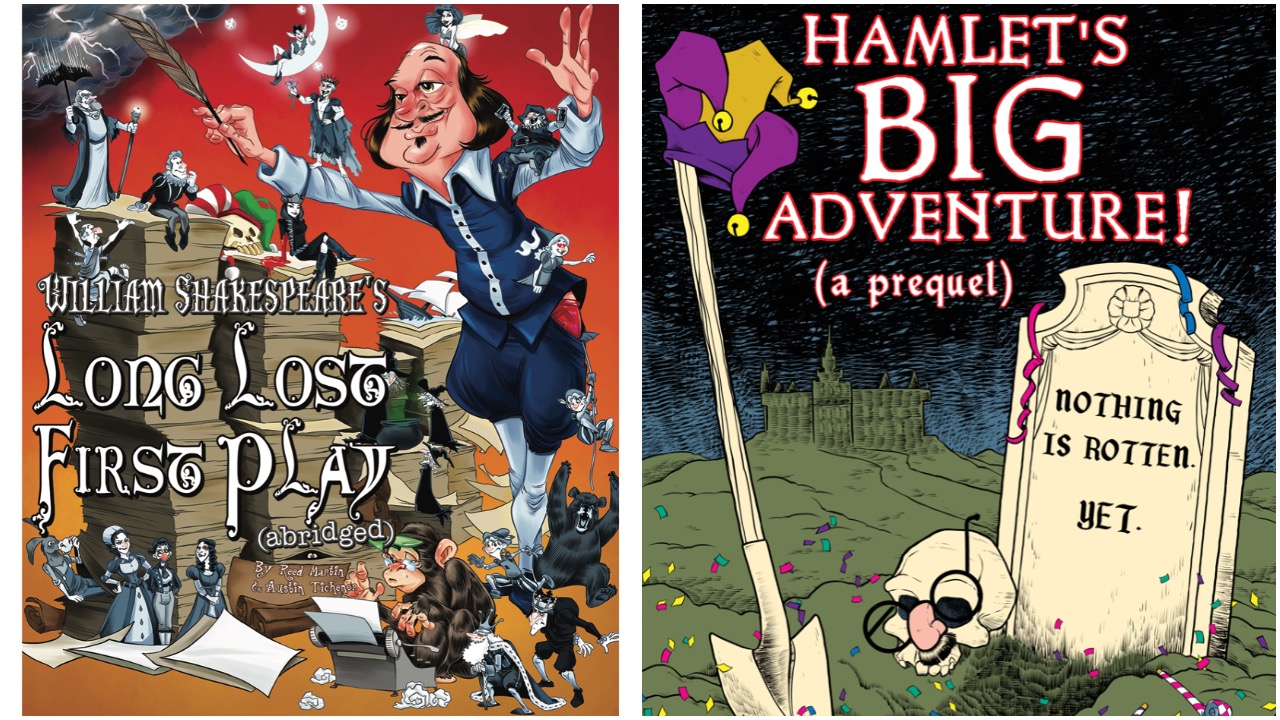 Our last two scripts — William Shakespeare’s Long Lost First Play (abridged) and Hamlet’s Big Adventure! (a prequel) — have been written largely in iambic pentameter, and this week we talk to lecturer and playwright Richard O’Brien (who, as his very helpful Twitter handle @NotRockyHorror explains, is not the author of that legendary classic) about what that all means. Featuring essential differences between poets and dramatists; the only problem with doing a surprisingly good Fletcher impression; how formal poetic structure can deepen character; how verse pulls off the wonderful double act of lending gravitas and making jokes land; showing off the precision and pyrotechnics of language; the floated possibility of guest lecturing (let’s make this happen, Shakespeare Institute!); and how one of the pleasures of writing (and watching) verse plays is how much they resemble musicals (but without the expense and difficulty of getting them on). (Length 21:08)

Richard ET White is the former artistic director of the Eureka Theatre in San Francisco, Wisdom Bridge Theatre in Chicago, and the outgoing and longest-serving chair of the Cornish College of the Arts Theatre Department in that institution’s 103-year-old history. Richard was also an acting and directing teacher at the University of California Drama Department where many RSC members got their early training. RSC co-artistic director Austin Tichenor talks with his former professor about how theatre can be anything and everywhere; how comedy about serious issues from the San Francisco Mime Troupe became life-changing; the influence of Richard Schechner and the Performance Group; sneering at prosceniums; what people forget about Brecht; the value of immaturity; the immediacy of improv; the storytelling and performance art of stand-up; being both expansive and inclusive; the value of sharing your lived experience; and how you want theatre to have the visceral impact of a great rock concert. (Length 24:06) 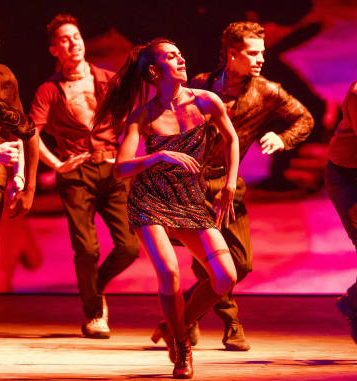 Remember live theatre? Remember when the big story back in late February was the controversial Ivo Van Hove production of West Side Story on Broadway? Daniel Pollack-Pelzner, a professor of Shakespeare, English, and Gender Studies at Linfield College in Oregon, and a contributing writer to the New York Times and Atlantic magazine, wrote an article for the latter entitled, “Why West Side Story Abandoned Its Queer Narrative,” and, in this interview recorded on March 3, 2020, discusses the merits of the van Hove production and his insights into the original narrative. Featuring the peril of picking one’s prepositional poison; how a dorky 50s musical speaks to modern concerns about racism and police violence against communities of color; the struggle for Tony’s body; the problems with “I Feel Pretty;” Jerome Robbins’ lost play; expressing Jewish identity in the 1950s through ethnic minstrelsy; how Arthur Laurents “improved” on Shakespeare in particularly troubling ways; the rightness of questioning problematic aesthetics; the casting controversy in the recent Broadway production; and, most importantly, the feeling that when you love something you want to know and discuss everything about it. (Length 34:51)