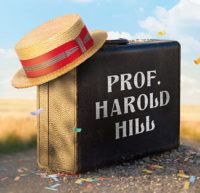 Chris Jones is the chief theatre critic and Sunday cultural columnist for the Chicago Tribune, has also been recently named a reviewer for the New York Daily News, and has just written Rise Up! Broadway and American Society from Angels in America to Hamilton. Despite this hectic schedule of seeing and writing about theatre, Chris made time to chat about the role of the critic, how criticism has changed over the years and are a necessary (and valuable!) part of the ecosystem, what most great plays are about, examining not whether a play is good but what it means, an addiction to living in make-believe worlds, what happens when critics screw up, how writing about theatre is writing about life, the reality of complex relationships, the value and drawbacks of moving on to the next show, the nature of ensemble, the greatness of pre-Broadway tryouts, the democratization of critical voices, how ambition is devoutly to be wished, and what’s been the most fundamental change in criticism in the last 20-30 years. (Length 27:29)

Robert Commanday is the founding editor of the San Francisco Classical Voice and for almost thirty years was the classical music critic for the San Francisco Chronicle. Bob talks about the life of a critic; the role and function of criticism; how he transitioned from being a conductor and lecturer at the University of California at Berkeley to become a critic in the first place; which critic looks like his name sounds (and which doesn’t); a vote for a favorite critic; and the honorable way at least one critic attempts to make himself unnecessary. (NOTE: This is the latest in our series of interviews that attempt to prove that critics are people too. Thanks for listening.) (UPDATE: Bob passed away in September 2015. We’re so glad to have this recorded conversation.) (Length 21:33)