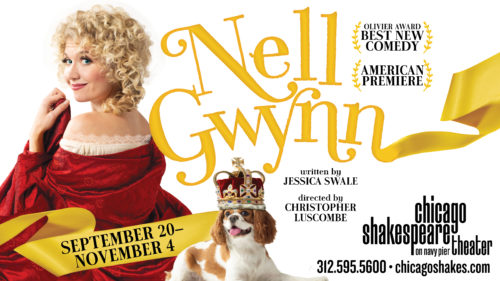 Christopher Luscombe, who’s directed in London’s West End, at Shakespeare’s Globe, and for the ‘other RSC’ (the Royal Shakespeare Company), now directs Nell Gwynn, a charming new comedy with music about the famous (or infamous) 17th Century actress now having its world premiere at the Chicago Shakespeare Theatre. Also an alumnus of the Cambridge Footlights, Chris discusses Nell the play, Nell the actress, and Nell the production. Featuring a wonderful tribute to Chicago actors, the value of being authentically English, the absolute treat of continuing to work on a play over several years, the advantage of embracing contradictions, the great thing about not being afraid of comedy, and the importance of starting from scratch every time. (Length 18:21)