Two-time Olivier Award-winning playwright Ken Ludwig has written Dear Jack, Dear Louise, a funny and charming romantic comedy that won the Helen Hayes award in 2020 for Best New Play and opens this week at the Northlight Theatre in the suburbs of Chicago. Dear Jack, Dear Louise depicts the unlikely courtship of Ken’s parents during World War II, and he discusses the origins of a play that is both right in his wheelhouse and a departure from the rest of his oeuvre; the joy of discovering subject matter that’s both freeing and always surprising; the wonder of actors becoming new people who also have his parents’ essence; whether it’s easier to think of your parents as real people or as characters in a play; how he’s writing a brand-new jukebox comic opera, using music by Rossini, called Tenor Overboard; a shout-out to the Chichester Theater Festival; and how Dear Jack, Dear Louise is ultimately a love letter to Ken’s – any maybe all – parents. (Length 18:45) (PICTURED: Casey Hoekstra and Sarah Price as the title characters in the Northlight Theatre production of Dear Jack, Dear Louise, directed by Jessica Fisch. Photo by Greg Inda. 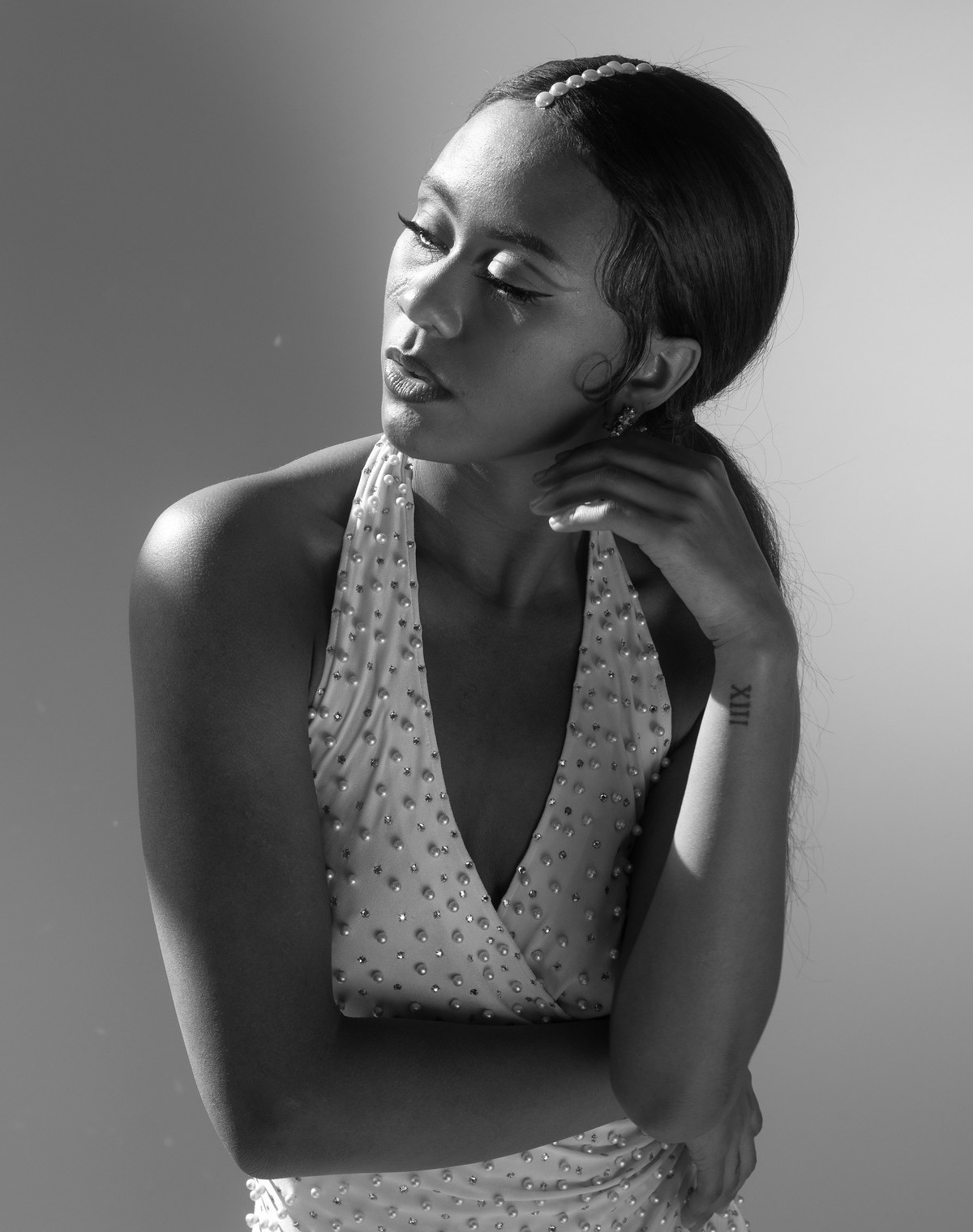 Netta Walker, one of the stars of All-American: Homecoming and a stage actor who spent time in Chicago, discusses how her stage experience compares with her TV experience, and, amazingly, how one of her early formative experiences was with the Reduced Shakespeare Company (!). FEATURING: her debut on the stage of Lincoln Center; where she got her early professional experience; being blessed with supportive parents; the value of seeing Shakespeare performed (even by us) before studying it as literature; being part of the original cast of Lauren Gunderson and Margot Melcon’s The Wickhams: Christmas at Pemberley; how to avoid the stress of trying to guess what a director wants in an audition; and where she gets her (for want of a better word) confidence. (Length 16:07)

By austin, 12 months ago 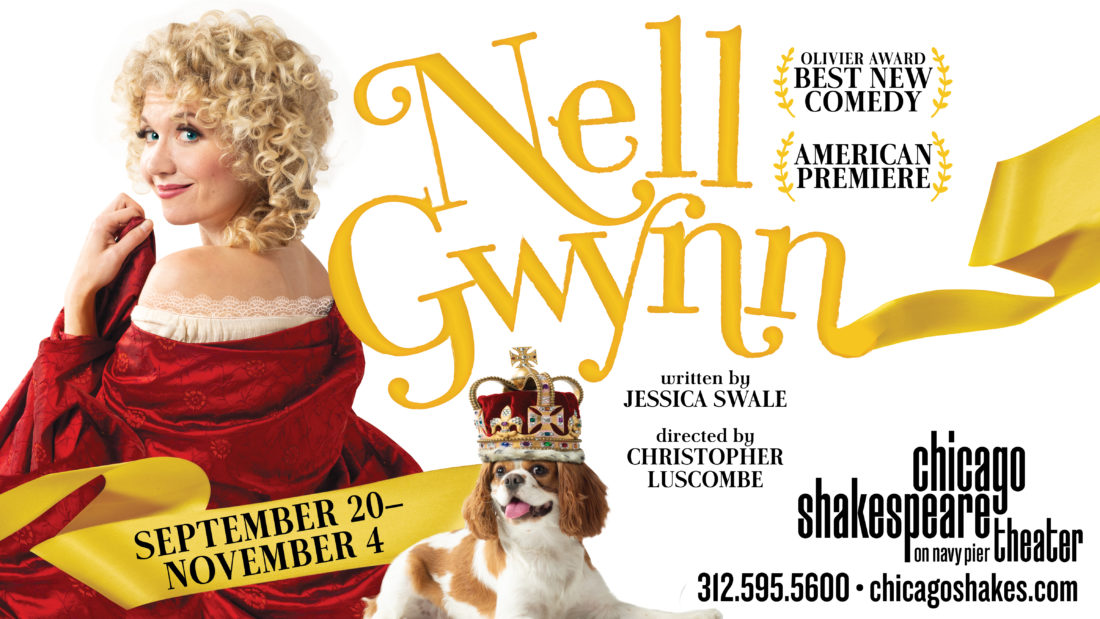 Christopher Luscombe, who’s directed in London’s West End, at Shakespeare’s Globe, and for the ‘other RSC’ (the Royal Shakespeare Company), now directs Nell Gwynn, a charming new comedy with music about the famous (or infamous) 17th Century actress now having its world premiere at the Chicago Shakespeare Theatre. Also an alumnus of the Cambridge Footlights, Chris discusses Nell the play, Nell the actress, and Nell the production. Featuring a wonderful tribute to Chicago actors, the value of being authentically English, the absolute treat of continuing to work on a play over several years, the advantage of embracing contradictions, the great thing about not being afraid of comedy, and the importance of starting from scratch every time. (Length 18:21)

Artistic Director BJ Jones (left) talks about Northlight Theatre, the fourth largest theatre in the Chicagoland area and producer of an extraordinary body of new work. BJ discusses the importance of understanding one’s audience while raving (positively!) about student matinees, commissioning new work, remembering John Mahoney, challenging the current generation while training the next generation of theatergoers and theatre makers, and, most importantly, encouraging compassion and improving one’s perspective through theatre and art. (Length 17:07) 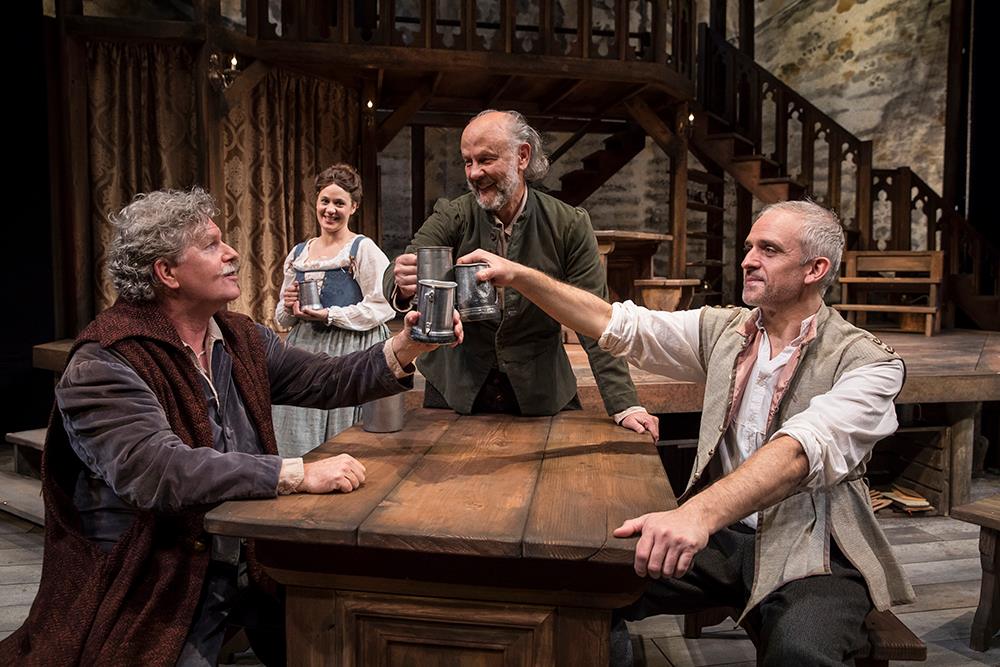 Jim Ortlieb and Gregory Linington, who played John Hemings and Henry Condell in the midwest premiere of Lauren Gunderson’s The Book of Will last fall of 2017, return to the RSC Podcast to discuss the challenges and rewards of a “reduced” rehearsal period. Over pizza and beer at Chicago’s Candelite restaurant, Jim and Gregory chat about being prepared but also staying open, similar-but-different approaches to the work, the liberating importance of “pre-hearsal”, the artistic value of pub time, the time-honored dilemma of religion vs entertainment, the subleties of defining character, the beauty of playing against the text, the gift of intimacy, and the values that constitute true “Chicago theatre.” (Pictured (left to right): Austin Tichenor, Jim Ortlieb, and Gregory Linington recording this podcast live at the Candlelite in Chicago, while Dana Black hovers.) (Length 27:32) 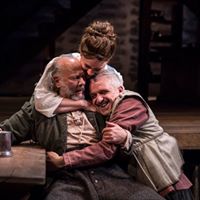 In her new play The Book of Will, Lauren Gunderson imagines what Shakespeare’s fellow actors John Heminges and Henry Condell had to accomplish to publish the First Folio, the first collection of Shakespeare’s plays. In the Northlight Theatre production in Chicago, actors Jim Ortlieb (a veteran of Broadway, TV, and film) and Gregory Linington (whose stage, film, and TV credits across the country include 12 seasons at the Oregon Shakespeare Festival in Ashland) play John and Henry and share insights into what it’s like to create these roles. Featuring research, textual clues, King’s Men actors defined by NBA analogies, the difference between real life and art, the anticipation of 19th century actor/managers, the trick of getting across information, and the absolute fundamental Disney-related difference between these two literary saviors. (Length 22:27) (Jim Ortlieb as John Heminges (left), Dana Black as his daughter Alice, and Gregory Linington as Henry Condell in the Northlight Theatre production of Lauren Gunderson’s The Book of Will. Photo by Liz Lauren.)