We spent a far too-reduced number of days in Bermuda this week, performing The Complete World of Sports (abridged) for three large appreciative crowds as part of the Bermuda Festival of the Performing Arts. We spent our too-reduced free time catching up on what we remembered from being here the last time, learning about Bermuda’s history, and discovering what we could about the country and its people. Featuring outside perspectives, international influences, questionable insights into the Authorship Question, even more questionable accents, and the reasons why Bermuda is the perfect country for us. (Length 18:11) 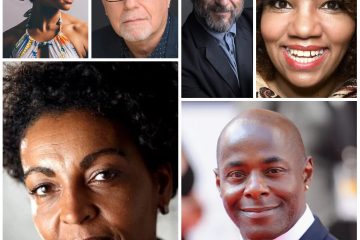 The first season of Rob Myles' extraordinary Owning Shakespeare podcast is now available on all the usual platforms, and it's a fantastic collection of six noted Shakespeare actors tackling (in real time) a speech they've never looked at before, and sharing their process, stumbles, and successes with the listener. Rob's a wonderful guide, and he joins us to discuss how the podcast came together; how the RSC's Austin Tichenor was a briefly unwitting test subject; what this and future seasons will accomplish; how he blushes at praise for his knowledge of Shakespeare and skills as a director; the joy of taking both Shakespeare and actors off pedestals; how a rushed rehearsal process led to a kind-of triage of Shakespeare; the importance of demystifying the idea that actors are only using “intuition;” how to avoid "impenetrable babble;" the value of showcasing the new generation of Approved Shakespeareans; and the hoped-for possibility of getting an Avenger on Season Two. (Length 21:40) (PICTURED, clockwise from top left, the six "text detectives" from Season One of Owning Shakespeare: Isabel Adomakoh Young, Austin Tichenor, Miguel Perez, Debra Ann Byrd, Paterson Joseph, and Adjoa Andoh.) 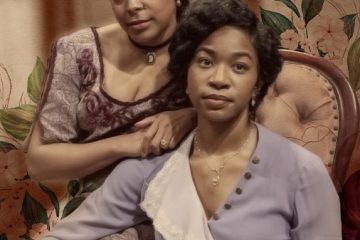 Tyla Abercrumbie is an actor, director, and playwright whose play Relentless was produced by Chicago's Timeline Theatre Company, called "The best new work here in years," by the Chicago Tribune, then subsequently presented by the Goodman Theatre. Relentless tells the story of two sisters who return to Philadelphia in 1919 to settle the estate of their mother and make family discoveries that change their knowledge of the past and will possibly determine their future. Tyla talks about her play came to be; what inspired it but also (more importantly) what motivated it; how her acting informs her writing; her goals for a large canon; the joy of costumes, both wearing them and writing for them; the fun of doing it the way Shakespeare did it; and how disparate ideas come together as if they were meant to be – which they probably were. (Length 21:40) (PICTURED: Ayanna Bria Bakari and Jane Ladymore in the Timeline Theatre Company’s production of Tyla Abercrumbie’s Relentless, at the Goodman Theatre, directed by Ron OJ Parson.) 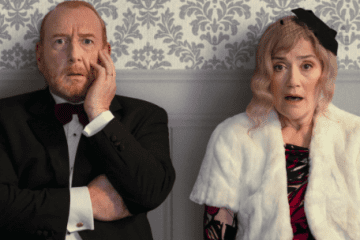 Two-time Olivier Award winning actor Adrian Scarborough has written The Clothes They Stood Up In, an adaptation of the novella of the same name by Alan Bennett (The Madness of King George, Talking Heads, The History Boys, and The Lady in the Van), about a mild-mannered couple (played by Adrian and Sophie Thompson) who return home from the opera one evening to find their flat completely bare and every single item they own stolen. What happens next is the action of this very funny play, which opens this week at the Nottingham Playhouse, and Adrian talks about about how his adaptation came to be, and how many versions he's had to learn; the challenges of wearing both his actor and playwright hats; his successful preview at The Berko Speakeasy; finding (and imitating) Bennett’s voice; the value of getting microphones in the toilet; the privilege of getting to sit on the other side of the table; and the enormous satisfaction of challenging one's self to come up with the goods. (Length 21:38)