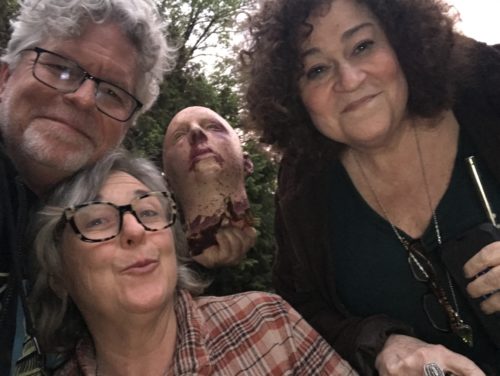 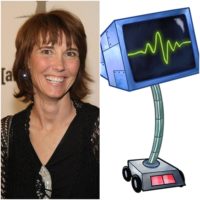 Two Northwestern University professors — Cindy Gold (above, right) from the Theater department and Dee Ryan (above, bottom left) from the Radio, Film, and Television department — talk about how their classes and teaching methods changed and evolved over the fifteen months of the COVID pandemic. Featuring the reinvention of mask work; cancelled performances and career opportunities; being an adorable drunk; how many students got COVID (surprisingly few); being paralyzed by fear (not of COVID, but of technology); spectacular threshing metaphors; a mention of and appearance by Jill Talley (the voice of Karen from SpongeBob SquarePants; right); and the incredible value of Zoom’s Chat feature. (Length 20:58)