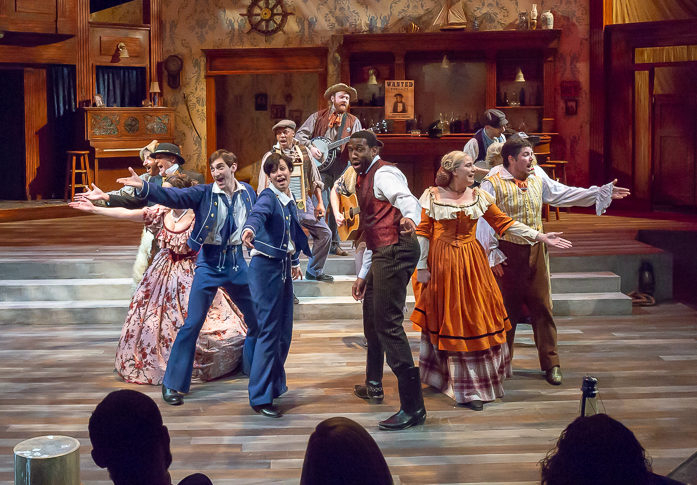 Professor Katy Reedy invited our own Austin Tichenor to speak to her class at Lake Forest College about his production of Twelfth Night that he directed for the Cincinnati Shakespeare Company in the fall of 2018. Austin discusses all the things he wanted his production NOT to be; how this great comedy is fueled by great loss; how Olivia threw herself into the physical comedy; the treatment of the treatment of Malvolio; speculation as to why Orsino is such a poorly written character; how to lean into both the comedy and the pain; and the possibly blasphemous notion that maybe Feste isn’t as interesting as many people think he is. (Length 19:50) (Pictured: William Oliver Watkins and Caitlin McWethy as Orsino and Viola, plus the entire cast of the Cincinnati Shakespeare Company production of Twelfth Night, directed by Austin Tichenor.)