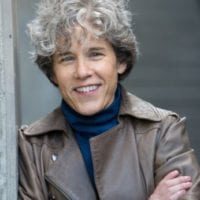 Lue Douthit is the creator and executive director of Play On Shakespeare, a series of translations and adaptations of the entire Shakespeare canon written by some of the most interesting and talented playwrights working today. Lue talks about the program’s origins and aims, and underscores how these adaptations are not meant to replace Shakespeare’s originals, even though they frequently offer insight into them. Featuring the ability to treat Shakespeare as a living playwright and his works as “new plays;” the importance of putting the playwright in the room; the dangers of editing Shakespeare; how flexible these texts are; establishing rules and then bending them; the importance of contrast in Shakespeare; the genius of Shakespeare’s dramaturgy and structure; how 90% of current Shakespeare productions are already adaptations; and the bold and radical idea of giving living playwrights living wages. Recorded in February, 2020. (Length 27:39) 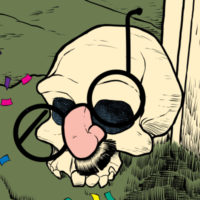 It’s the comedy of the prince of Denmark! Hamlet’s Big Adventure (a prequel) will be the eleventh stage show performed by the Reduced Shakespeare Company and the tenth RSC script by Reed Martin and Austin Tichenor, who discuss the origins of the script; where it’s being workshopped as part of Napa Valley College’s Emergence Festival; how the transitive property applies to ranking plays; the incredible insight given to us by our dramaturg Kate Pitt; echoes of Hamlet as well as Henry IV Part 1; the feeling of being both Queen Elizabeth demanding a new play about Sir John Falstaff and the Shakespeare who gets to write it; the hesitation of getting rid of our usual framing device; the challenge of creating a comedy that’s funny to people who don’t know the original; the balancing act of finding the right ratio of highbrow to lowbrow; and the fun of answering questions inspired by Shakespeare’s original tragedy. (Length 20:45) Poster art by the incomparable Lar DeSouza.