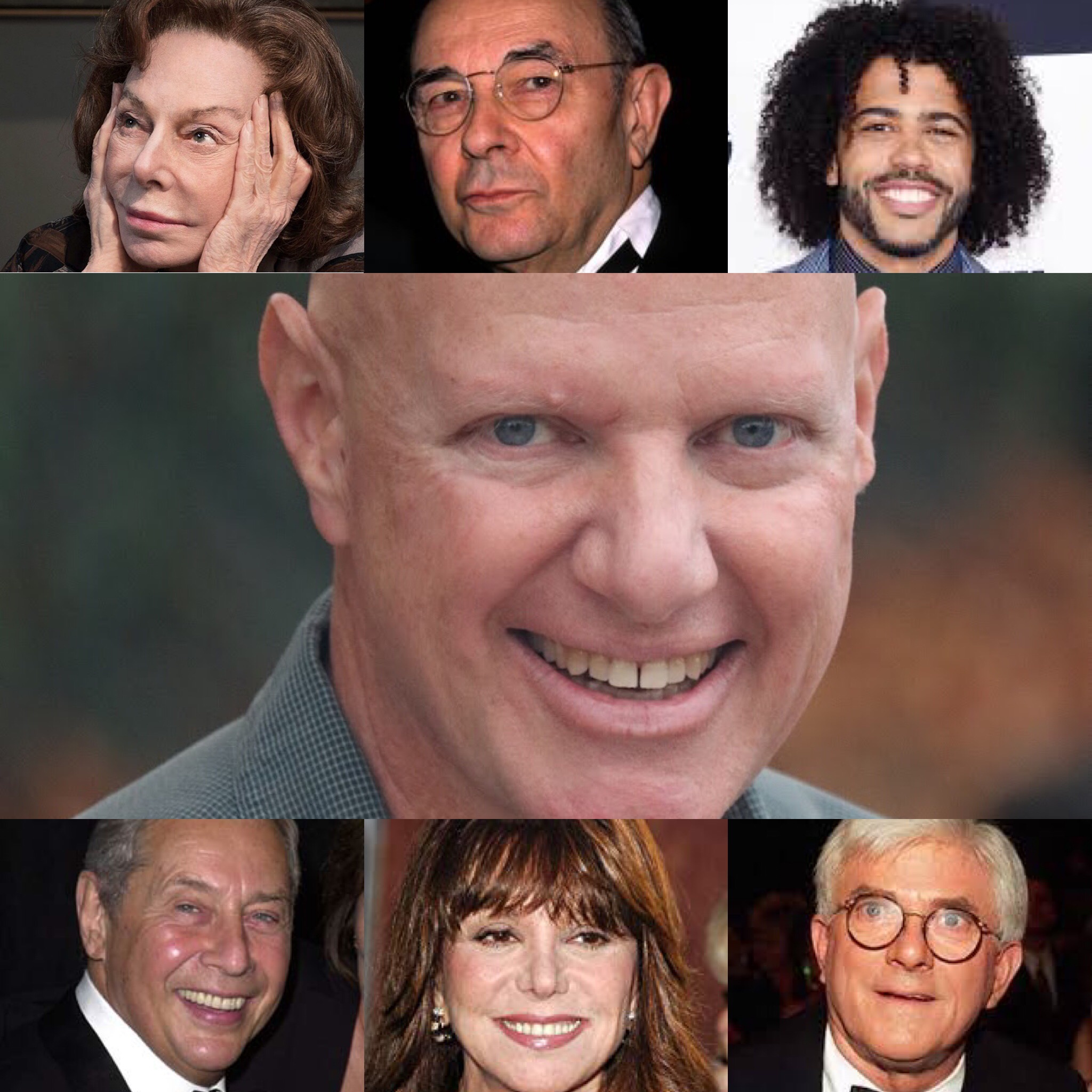 The recent death of legendary Hollywood director Stanley Donen — the so-called “king of the Hollywood musical,” responsible for such classics as Singin’ in the Rain, On The Town, Funny Face, Royal Wedding, Charade, and Seven Brides for Seven Brothers — prompts this long overdue reminiscence from our own Reed Martin who in 2006 got to hang out with Mr. Donen while working on a new play at the Magic Theatre in San Francisco written and directed by the great Elaine May who, until his death, was Stanley’s partner. Reed tells stories about not only Mr. Donen and Ms. May but remembers the phalanx of bold-faced names who were involved with this production (pictured surrounding Reed, clockwise): Daveed Diggs, Phil Donahue, Marlo Thomas, and Mark Rydell. Featuring the graciousness of the rich and famous; secrets of filming the famous dancing on a ceiling sequence with Fred Astaire; a fantastic story about John Wayne; and the truth of the old saying: you don’t always remember what people say but you always remember how they make you feel. (Length 19:57)

”Reed Martin and Austin Tichenor discuss the rewards and challenges, and the differences and similarities of directing shows away from the Reduced Shakespeare Company. Featuring tricks to directing musicals, switching roles, Hamilton-related name-dropping, cool discoveries, the importance of listening with energy, and the unsexy but vital work of line-learning. (Length 22:09)

”When Reed Martin and Austin Tichenor directed the non-RSC cast in the premiere of The Ultimate Christmas Show (abridged), Kyle Stoner, Phil Ferrero, and Rafael Manzo were the understudies, and they talk about what it’s like to rehearse a script that’s still being written, and when improv works and when Read more…