”One of the highlights of the first weekend of The Complete Works of the Reduced Shakespeare Company (abridged) Extravaganza at the Reston Community Center was a very special Q&A with founding RSC members Daniel Singer and Jess and Sa Winfield, who told the audience what it was like in 1987 when the Read more… 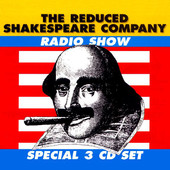 ”The Reduced Shakespeare Radio Show was a six-part radio series we wrote and recorded for the BBC World Service back in 1992, and this week, by request, we reminisce about its creation. Featuring optimistic titling, exclusive excerpts, a special appearance by Reed Martin Professional Impressionist, audio inspirations like the Goon Read more…

The Complete History of the RSC (abridged)

The RSC is having a 30th Anniversary Party and you are invited! Okay, technically the party already happened, but you are invited to join in the fun via the magic of webcasting. Reed Martin and Austin Tichenor got together with RSC Founding Members Daniel Singer and Jess Winfield on the Read more…

”Reed Martin and Austin Tichenor reunite with Daniel Singer, Jess Winfield, and Sa Winfield in Part Two of the highlights from our 30th Anniversary Webcast. (Part One can be heard here.) Featuring tales of strange opening acts, personal meltdowns, fantastic timing from Japanese monsters, why our company initials were briefly SSC, Read more… 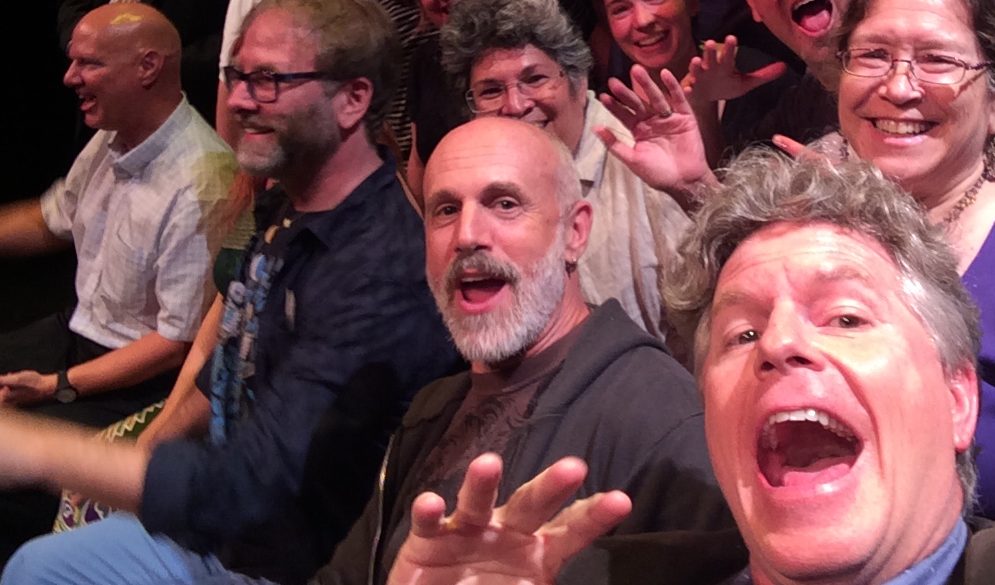 August 8, 2011 was the 30th anniversary of the very first performance by the Reduced Shakespeare Company, so we joined founding members Daniel Singer, Jess Winfield, and Sa Winfield on the actual site (it’s now a golf course) for our very first live webcast to honor that momentous event. Part one of the audio highlights features comparisons between Hamlets old and new, the perils and pitfalls of performing at Renaissance Faires, early rejected RSC names, the origins of “green jello,” and the artistic benefits of pure old-fashioned greed. LISTEN TO PART TWO OF THIS HISTORIC REMINISCENCE HERE! (Pictured l-r: Reed Martin, Jess Winfield, Daniel Singer, Austin Tichenor at the “RSC Extravaganza” held at the Center Theatre in Reston, VA in 2014.) (Length 32:57)

Current RSC members Reed Martin and Austin Tichenor are joined by founding members Daniel Singer and Jess Winfield – and original props goddess Sa Winfield – as they celebrate the 30th anniversary of the very first performance by those upstarts from California, the Reduced Shakespeare Company. Join in Monday August Read more…

”A live Q&A at the Overture Center in Madison, Wisconsin, during which we reveal our favorite Shakespeare plays, touring information for 2010, when the script for Completely Hollywood (abridged) will be published, a very special blurb from some RSC pilgrims, answers to questions from our Twitter followers, and the shocking Read more…

”Romeo. Polonius. Feral Orwell. Spade Diamond. Abraham. Easter Bunny. Coach. The RSC characters created by Daniel Singer and Reed Martin are known as the Red Role (after the color of his tights for so many years), and cast member Mick Orfe talks about how he interprets this archetype across five Read more…

”The RSC is strapping on the tights again for The Complete Works of William Shakespeare (abridged) — and this time it’s revised. Authors Jess Winfield and Daniel Singer talk about what prompted them to update the script, what references they wanted to update, and – thankfully for us – how Read more…

”Finally! After almost two years of podcasting, Reduced Shakespeare Company founder Daniel Singer talks about the company’s early days and the development of the The Complete Works of William Shakespeare (abridged). Featuring true stories about how the company went from four performers to three, analysis of Shakespeare’s juvenile early work, how Read more…