A veteran of film, TV, and Broadway, Jim Ortlieb stars in John Kolvenbach’s Stand Up If You’re Here Tonight, a tour-de-force one-person play about what it means to struggle to survive, to move on, to connect, and to find community again. Now in its Chicago premiere at the American Blues Theater, the noted film, stage, and TV actor talks about the challenge of acting by himself…but with an entire audience; how behavior reveals meaning; how the death of Hal Holbrook inspired the play; the importance of mourning and how we, as a culture, aren’t that good at at; that moment when spouses figure you out; how this one play might become a life’s work; and navigating that line where the character stops and where the actor begins. (Length 19:53)

Gina Pulice and Jen Bosworth-Ramirez are the hosts of the “I Survived Theatre School Podcast”, which started as a pandemic project, but has become a fantastic ongoing conversation about the things we learned in theatre school, the things we didn’t learn, and how we’ve all managed to survive: some of us in the theatre, and some of us in other fields. Austin Tichenor was a guest on their podcast and now returns the favor, letting Gina and Bos talk about how their podcast came to be and what it’s now become. FEATURING: the value of active listening, both within the theatre and without; the counterintuitive freedom of a rigid schedule; the joy of “psychological spelunking;” how one can become a reimagined artist; and how something that didn’t start out to be a “self-help” podcast has turned out to be, for its listeners, remarkably healing. (Length 19:15) 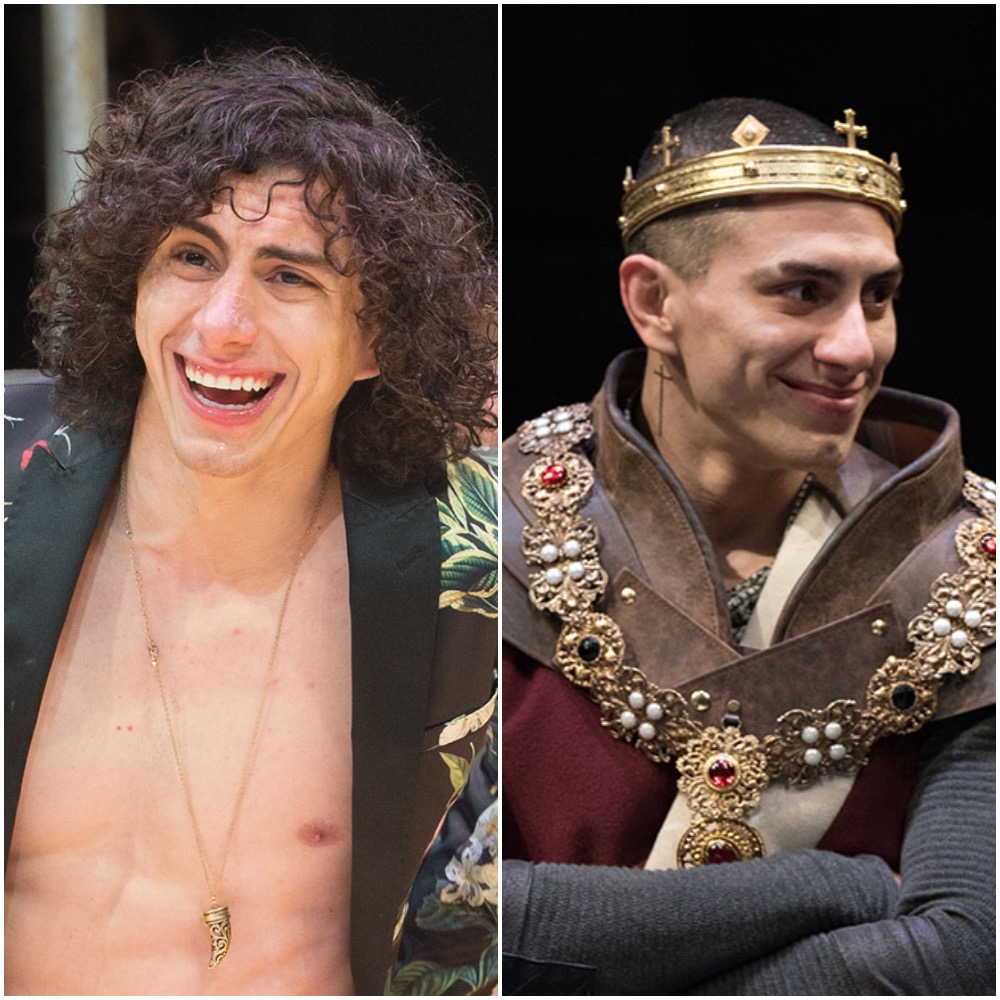 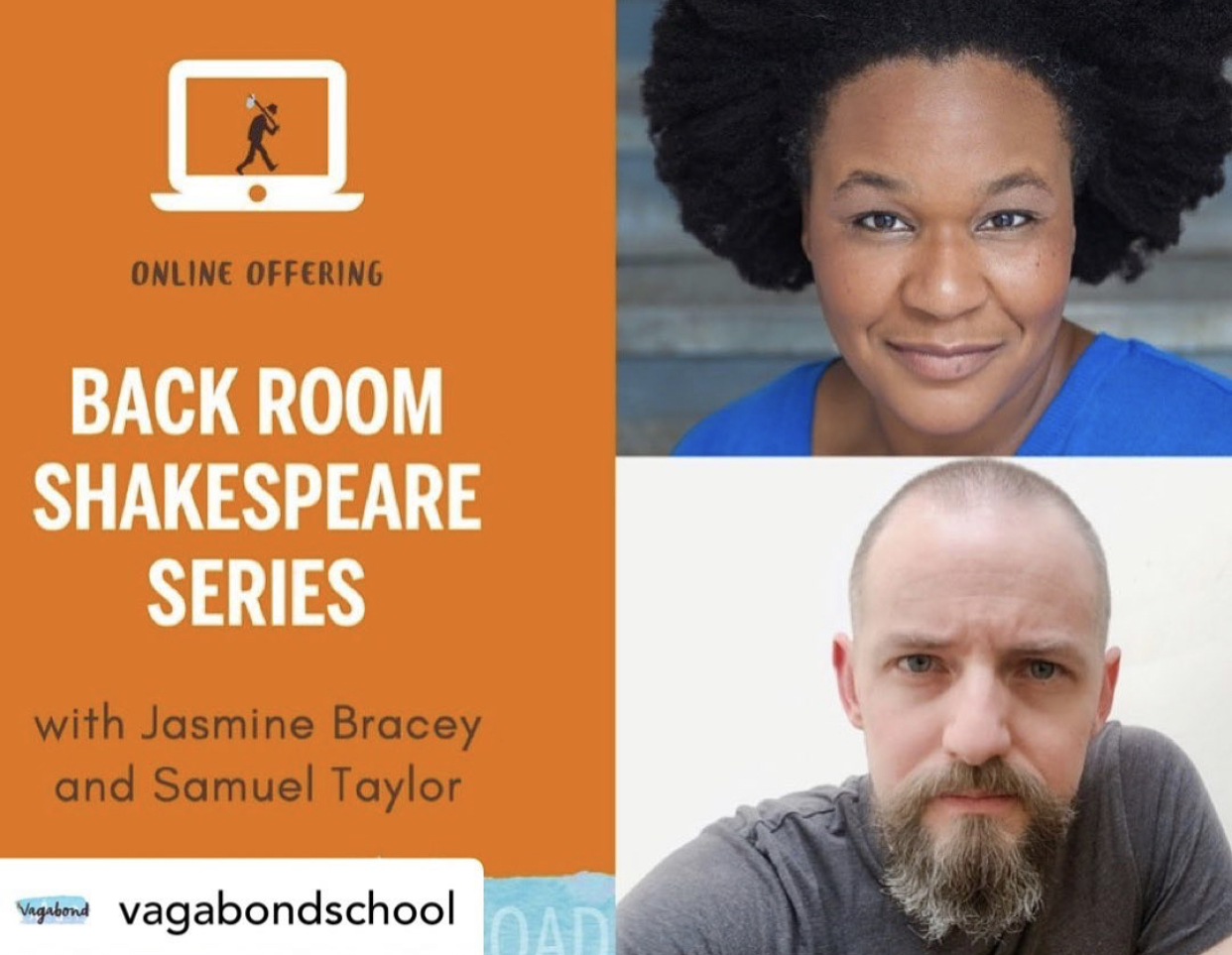 Samuel Taylor (author of My Life with the Shakespeare Cult, Blueprints for a Shakespeare Cult, and co-founder of the Back Room Shakespeare Project) and Jasmine Bracey (actor, teacher, and stakeholder in Back Room Shakes) talk about their new online class, “Spitting Out the ‘Shakespeare Voice'”, which breaks down the racist and colonizing ways in which speaking Shakespeare’s language is taught — and gives students and actors new ways of finding and utilizing their authentic voices. Featuring a breakdown (in every sense) of the teachings of Edith Skinner; delighting in Shakespeare’s language like jazz; the danger of asserting the dominance of a certain culture; the frustration of overcoming barriers to authenticity in a world of pretend; showing multiple facets of an actor’s diamond; possible textual evidence for the only two characters in the canon who can legitimately use a “mid-Atlantic” accent; the importance of not being complicit; the beauty of experiencing and speaking Shakespeare’s words authentically, especially if he’s the greatest playwright in the English-speaking western canon; the distinction of holding the mirror up to nature but not telling you what to see in it; and breaking down the idea that there’s only one correct way to speak the speech. Speak YOUR speech! (Length 33:46) 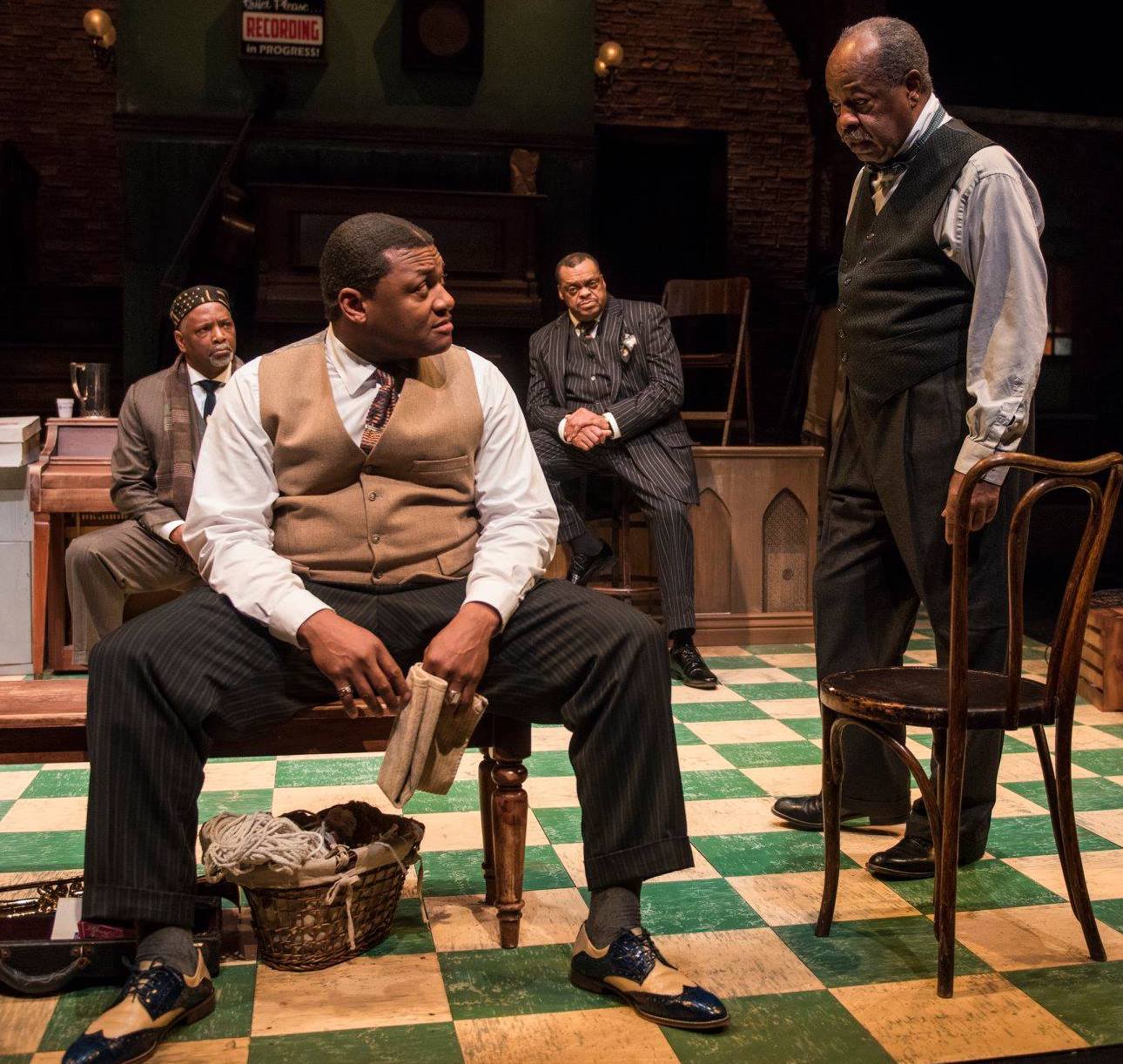 August Wilson’s Ma Rainey’s Black Bottom is getting an amazing production right now at the Writers Theatre in Chicago , directed by Ron OJ Parson and starring Tony-nominee Felicia P. Fields in the title role, and the four outstanding actors who play her musicians — David Alan Anderson as Toledo, Kelvin Roston, Jr. as Levee, A.C. Smith as Slow Drag, and Alfred H. Wilson as Cutler (pictured above, left to right) — sat down for a roundtable discussion about the roles they play; the extraordinary bond they’ve forged; comparisons to Shakespeare; dialogue as music and words turned into poetry; the familiarity of the characters; shout-outs to King Oliver and Buddy Bolden; strong communities; August Wilson’s incredible legacy, the shape of his ten-play Pittsburgh Cycle, and his ability to turn innate speech into poetry and familiar characters into titans. A one an’ a two…y’all know what to do… (Length 22:01) Photos by Michael Brosilow. Courtesy of Writers Theatre.

”We’re deep in rehearsal for the world premiere of William Shakespeare’s Long Lost First Play (abridged), which we open next week at the Folger Theatre in Washington, DC. And naturally, being this close to a major opening, the anxiety dreams known as “the actor’s nightmare” have begun to strike. Cast members Read more…

”Kurt Quinn (left) is the latest actor to join the RSC ranks so, as is tradition, we scheduled a travel day from hell to welcome him. Featuring lengthy delays, lost luggage, stern Budget requirements, Groundlings training, the challenges of working actors and their conflicting schedules, Abe Lincoln improvisations, resonant theaters, a Read more… 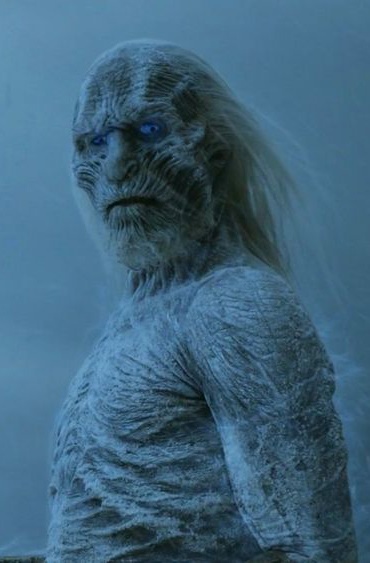 Just in time for the Doctor Who Christmas Special! Meet Ross Mullan, the actor behind the weird faces of some of Doctor Who‘s and Game of Thrones‘ most iconic creatures. We spoke with Ross at the recent Chicago Tardis Convention and he told us how one gets the opportunity to work on Read more… 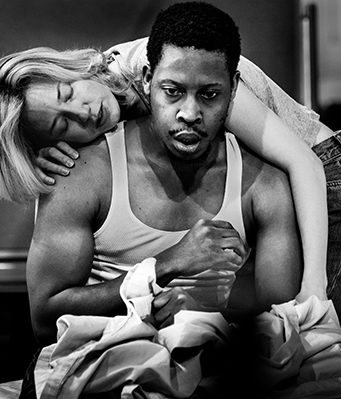 RSC Managing Partner Austin Tichenor performed with the Back Room Shakespeare Project in their production of The Merchant of Venice in July 2015 at the Radler Bar & Restaurant, and because his roles were relatively (thankfully) small, he roamed the backstage area interviewing actors and audience members about their preparation and expectations. Featuring an audio excerpt of the performance, similarities to tricksy hobbits, navigating the play’s racism and anti-semitism, finding the comedy, and the joys and terrors of performing in a riotous pit of bloodthirsty drunks. NOTE: BRSP co-founder Samuel Taylor (who coined the expression embroidered into a sampler by Kate Pitt) discusses the Project’s aims and philosophies in his book My Life With The Shakespeare Cult on RSC Podcast episode 437. (Length 23:57)

”Chicago actor and now author Samuel Taylor chronicles the origins of the Back Room Shakespeare Project in his new book My Life With The Shakespeare Cult. Part cri de coeur, part call to arms, Sam’s book is a brief and inspiring manifesto about restoring life to Shakespeare performance. Featuring the Read more…

”Emmy-nominated Casting Director Sandi Logan (Cristela, Monk, Boomtown, several tours for the Reduced Shakespeare Company) talks about the business of casting film and television, and the alleged ‘Crisis in American Acting’ (find the link to the essay that talks about this here). Featuring the differences between American and British actor training; the Read more…

”You may not have heard of them but TJ & Dave are the gods of improvisation, and they’ve written a book about what they do called Improvisation at the Speed of Life. Dave Pasquesi (who you may recognize from the films Groundhog Day and Angels and Demons, or as Julia Louis-Dreyfuss’s ex-husband on Veep), talks Read more…

”After a long week of tech and a weekend of opening performances, our 81-city UK tour of The Complete History of Comedy (abridged) is finally underway. Actors Gary Fannin, Matt Pearson, Andrew Hodges, and Steven Rostance talk about the process that got us here, the things we learned, and the fears Read more…

”As is tradition, this week we come to you Live! from the Bedford, our rehearsal pub in Balham (“the Gateway to the South”), to meet and chat with the new cast of the 2015 UK tour of The Complete History of Comedy (abridged). Cast members Gary Fannin, Matthew Pearson, Andrew Read more…

”Our own Dominic Conti talks about his title role in Martian American, which just won Best Student Film at the Glendale International Film Festival, and for which Dom won Best Actor at the same event! Dom shares the tricks of portraying this particular alien, and talks about filmmaking communities, the joys of getting the offer, Read more…

”Rob Richards is the Chair of the Department of Theatre and Dance at Phillips Exeter Academy, where he recently directed Austin Tichenor’s adaptation of Frankenstein. He’s also an actor, mask maker, and puppeteer, and this week the two old friends talk about the appeal of masks in both theatrical production Read more…

”Veteran Bay Area actors Dodds Delzell and John Tichenor made their RSC debuts last week (performing Sports in Wisconsin) and talk about what it’s like to get called up to the Show. Featuring the trickiness of scheduling, the challenges of learning the lines on your own, the complications of adding Read more…

”RSC alum and founding member of the Fiasco Theatre Noah Brody takes a break between shows at the New Victory Theatre to discuss his company’s extraordinary work and its (not coincidentally) extraordinary success. Featuring the origins of Fiasco (both the company and the name), the advantage of shared aesthetics, the Read more…

”With the Academy Awards looming, Dominic Conti, Jerry Kernion, and Austin Tichenor take a break from the technical rehearsal of All The Great Books (abridged) at Laguna Playhouse to talk about the whole horse race of choosing “best” actors and movies. Featuring throat-clearing, exploration into where great performances come from, speculation Read more… 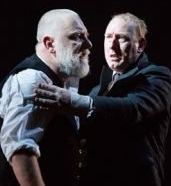 ”LIVE! from the touring van comes — finally — our audio introduction to the cast of the current (2014) three-month sixty-city UK tour of The Bible: The Complete Word of God (abridged). Gary Fannin, William Meredith, Richard Ede, and David Ellis talk about the strange beginning to this tour, and Read more…

”Reed Martin, Dominic Conti, and Austin Tichenor take a break from rehearsing the world premiere of The Complete History of Comedy (abridged) at Cincinnati Playhouse in the Park. The boys talk about how it’s going and share typical rehearsal room antics, excerpts from the show, a discussion of fools both Shakespearean Read more…

”We share thoughts about comedy with director William Brown, who talks about his Writers’ Theatre production of David Ives’ The Liar which is earning rave reviews this month in Chicago. Featuring the joys of being at the epicenter of the action, the advantages of actor investment, the truth about technique, the Read more…

”Reed Diamond plays Don Pedro in Joss Whedon‘s film adaptation of Much Ado About Nothing and talks not only about the process of acting in and shooting one of Shakespeare’s most beloved plays, but the specific pleasures Shakespeare affords. Featuring a reduced schedule, how he became part of the Whedonverse, Read more…

”Scott Parkinson is one of those great stage actors you’ve probably never heard of, and he’s playing the title role in an amazing production of Hamlet at the wonderfully intimate Writers Theatre in the Chicago suburb of Glencoe. Austin Tichenor sits down with Scott (you know, one Hamlet to another) and Read more…