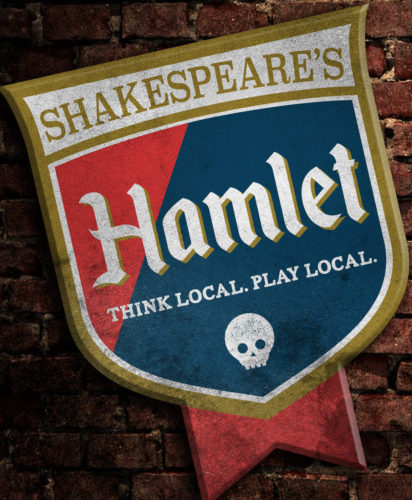 Chicago is lousy with Hamlets this spring/summer of 2019! Friend of the pod Samuel Taylor was involved with two of them – at Chicago Shakespeare Theatre and with the Back Room Shakespeare Project, the latter of which Sam co-founded – and he discusses how all this activity supports and complements both companies and the Chicago theatre community. Featuring the beauty of electricity, fruitful studies in contrasts, asserting control over the laughs, being invested in turtle races, celebrating America’s Mike Nussbaum as the First Gravedigger, hearing about Hamlet being put on trial and Quicksilver Shakespeare actors pulling Hamlet’s characters out of a hat, continuing work on Hamlet’s Big Adventure (a prequel), the best possible scheduling of Titus Andronicus, the fascination of watching somebody doing something very difficult, and the wonder of understanding both the history of Shakespeare in Chicago and of Chicago Shakespeare. (Length 24:24) (Pictured: Mike Nussbaum as the First Gravedigger, in the Chicago Shakespeare Theatre production of Hamlet, directed by Barbara Gaines. Photo by Liz Lauren. Old Style Hamlet logo courtesy of the Back Room Shakespeare Project.)